Home About Us Our Team Dr. Douglas Jackson 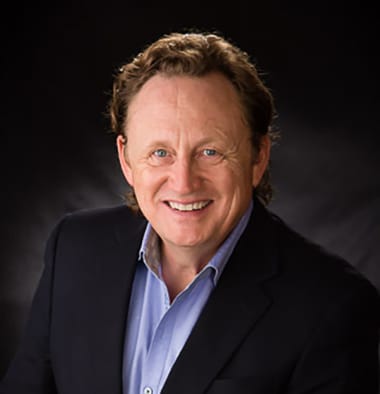 Dr. Douglas Jackson serves as the President/CEO of Project C.U.R.E. Each week, Project C.U.R.E. delivers approximately four semi-truck loads of donated medical supplies and equipment to desperately needy people around the world. Since 1987, Project C.U.R.E. has delivered equipment and supplies to hospitals and clinics in over 135 countries. Project C.U.R.E. is consistently recognized with the highest rankings from Guidestar and Charity Navigator, and was named by Forbes as one of the top 20 charities in America.

Project C.U.R.E. delivers approximately 200 forty-foot containers each year through the C.U.R.E. Cargo program. The C.U.R.E. Clinics program send teams of medical professionals to assist partner hospitals and clinics. Project C.U.R.E. also provides hundreds of hours of training through the Helping Babies Breathe and Helping Mothers Survive curriculum. Thousands of dollars of medical supplies are carried by traveling doctors and nurses in the form of C.U.R.E. Kits. More than 25,000 people volunteer with Project C.U.R.E. every year, making the organization one of the most efficient and effective grass-roots organizations in the country.

In addition to his work at Project C.U.R.E., Dr. Jackson has taught at the university level in the disciplines of finance, investments, leadership development, legal and international issues. He is a frequent speaker and lecturer to colleges and universities, conferences such as TEDx, as well as civic, corporate and community organizations.

Dr. Jackson is a Rotary International Paul Harris Fellow, and is a past President of the Denver Rotary Club #31. He serves on the Board of Directors for InterAction, the Partnership for Quality Medical Donations, WorldDenver, The Nanda Center for International and Comparative Law at the University of Denver, the World Trade Center Denver, and the Rueckert-Hartman College for Health Professionals at Regis University. He is a member of the National Who’s Who, Registry #57689, and a graduate of leadership program LEAD San Diego. Dr. Jackson received the Lifetime Achievement Award in Healthcare from the American Red Cross, the 5280 Magazine Philanthropist of the Year, and accepted the CoBiz “Best Places to Work” and Colorado Ethics in Business Award on behalf of the team at Project C.U.R.E., and most recently the Prince’s Prize for Innovative Philanthropy from Prince Albert of Monaco and the Leadership in Global Engagement Award from the Council on Foreign Relations. Douglas is a Fellow of the Aspen Institute.

Douglas graduated magna cum laude from Northwest Nazarene University in 1982, receiving a Bachelor of Arts in Business Administration. In 1985, he earned a Juris Doctor from the University of Colorado at Boulder, receiving the American Jurisprudence Award for Excellence in the study of law. In 1992, he was awarded a Ph.D. in Business Administration with an emphasis in finance and econometrics from the University of Colorado at Boulder, authoring a dissertation on leveraged buyouts and secondary public offerings. Douglas received an honorary Doctorate of Medicine from ABUAD University in Nigeria and the the Civis Princeps recognition from Regis University, He is a member of the Alpha Delta Sigma and the Beta Gamma Sigma national honor societies, and recently completed Executive Education at the Stanford University School of Business.

Following his admission to the bar, Douglas administered the legal affairs for the international agricultural firm of CTB, Inc., a Berkshire Hathaway company. Upon the completion of his Ph.D., Douglas opened the Fermanian Business Center at Point Loma University in San Diego, California. As Executive Director, Douglas developed and implemented numerous programs and seminars to advance business opportunities for college students and business professionals in the San Diego community and abroad. In 1995, Dr. Jackson assumed the role of Provost at Colorado Christian University. In this capacity, he oversaw the academic, financial, operational, advancement and student life functions of the university.

Douglas lives in a converted warehouse in the RiNo neighborhood in Denver. He is dad to three beautiful daughters and is the son of Chief Uzoma of Nkume, an honor bestowed on his father for Project C.U.R.E.’s work in Nigeria.

Donate the medical equipment and supplies that doctors and nurses around the world need to save lives.
Donate Medical Supplies